Shafiq Abdussabur  is a nationally recognized artist having sold and distributed over 10,000 pieces of original art works (BOLDMINDS Cultural Arts). As an author, his published literary works have received both national and international notoriety.

Shafiq Abdussabur: How to prevent violence

The CTRIBAT 2006 Summer Pilot posted an impressive 400% reduction in firearm related violence in the neighborhood of operation. The CTRIBAT runs 12 months year. The program focuses on improving the relationship of law enforcement and the members of the urban sector.

In June of 2008, CTRIBAT was awarded the All-American City Award in Tampa Florida 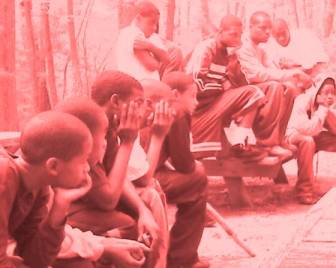 In January 2007, he was appointed by the Mayor as Coordinator and Program writer of the New Haven Street Outreach Workers Program which is a proactive social development program aimed at reducing violent crime among youth and young adults. With in its first five months of operation, the City of New Haven posted an 86% reduction in homicides.  During that two-year period, he served as the Chief Executive Officer for the New Haven Police Department under Police Chief Francisco Ortiz Jr. In June of 2008, the New Haven Street Outreach Workers Program and CTRIBAT Inc. was awarded the All-American City Award in Tampa Florida.

When asked what was his observation to curing gun-violence?

Abdussabur responded, “Having a responsible father who is engaged and aware of his child’s past, present and future survival in America.” The results of his works in action are best seen in the historical 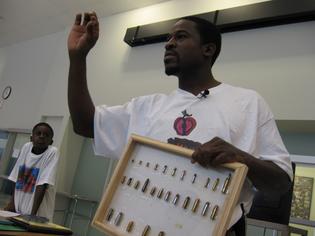 In the Shadow of Yale, a World a Million Miles Away

As an author and artist, Shafiq uses his creative skills and talents to forge stronger bonds between police, educators and the urban community. The results of his “works in action” are best seen in the historical Dixwell Avenue area or New Haven. Mike Morand, Deputy Chief Communications Officer of Yale University Office of New Haven and State Affairs, coined him as the “Nike of urban development.”

He is the author of “A Black Man’s Guide to Law Enforcement in America” a straight talk manual to interactions between police and urban males. Going beyond the “driving while black” philosophy, Shafiq using his experience from being on both sides of the uniform to give readers advice on the issues of communication, perception and the truth behind racial profiling.

His philosophy of education youth and police about their respective perceptions has been nationally recognized as one of the most important concepts in reducing Disproportionate Minority Contact–DMC in the present day American Criminal Justice System.

He has over 10 years of experience as certified instructor in various police and non-civilian discipline to include firearms, hunting laws, national gangs, and youth development and race relations. In 2013, he acquired the prestigious instructor certification with Police Office Standards and Training –POST in Connecticut. He formerly served as the Chairman/CEO of the National Association of Black Law Enforcement Officers, Inc. – NABLEO 2012-2014