The Violence of Guns in America 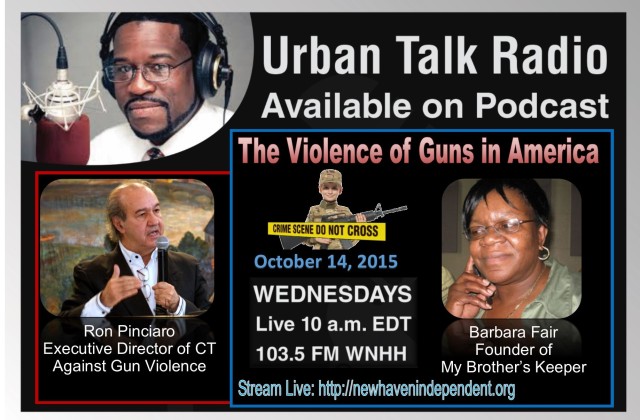 To date in America, there has been 994 mass shootings in 1,004 days. It is estimated that gun violence has killed 30,000 people a year for the last 20 years. Even though recent reports have shown that violent crime has declined in urban cities nationwide, Urban Gun crime still remains a chronic issue facing young Black, Hispanic and Latino men in America. Gun violence continues to be a tremendous problem for all Americans from the inner-city projects of Chicago, to small sleepy towns in the middle of Oregon. Thus, an effective solution requires a collective response as both our elected officials, religious leaders, organizations, institutions and individuals of all races and ethnic backgrounds.

Make sure you tune in at 10am EDT 103.5 FM-LP
Stream Live: http://newhavenindependent.org
Down load NPR Mobil: App- http://www.npr.org/services/mobile/